New guitar brand in our offer is PRS Guitars, also known as Paul Reed Smith Guitars. PRS Guitars is an American guitar manufacturer headquartered in Stevensville, Maryland, founded by guitarist and master luthier Paul Reed Smith in 1985. PRS has a reputation as a manufacturer of high-end electric guitars made in the US, and they are known for their custom shop instruments. However, since the 1990s they have expanded production to Asia, where they manufacture the more affordable “SE” line of instruments. As of 2013 they have begun making more affordable guitars in the US with their “S2” line. PRS Guitars also manufactures acoustic guitars and guitar amplifiers. Two of PRS’s most notable endorsers are Carlos Santana and John Mayer, both have their own PRS signature guitar model. In addition to this, many other artists endorse the company, including Mike Oldfield, who has used a PRS Artist Custom 24 for studio recordings and live shows since the late 1980s, Clint Lowery, Mikael Akerfeldt, Paul Allender, Dave Navarro, Ted Nugent, Al Di Meola, Mark Tremonti, Steven Wilson, and Orianthi.

Paul Reed Smith was a guitar player who began building guitars while he was in college in the mid-1970s. Early guitar players to use his hand-built guitars were Stanley Whitaker (of Happy The Man), Derek St. Holmes (of Ted Nugent’s band) and Howard Leese (then with Heart), but Smith’s big break came when Carlos Santana began playing the still hand-built guitars, which at the time looked like a Gibson Les Paul with a double cut-away and were made of expensive woods like curly maple. Smith produced 20 guitars for the 1985 NAMM Show (those guitars are now known as the “NAMM 20”), and managed to find a niche in the guitar market: the mid-1980s was the time of the Superstrat, and there was little competition for the higher-quality, upscale guitars PRS was building, guitars with “an elegant, modern, vintage-inspired design”.

PRS is still today one of the best known manufacturer of high-end electric guitars. It’s an honour that Euro-Unit is now general distributor of PRS Guitars for Croatia, Slovenia, Bosnia and Herzegovina, Serbia, Montenegro, Macedonia, Kosovo and Albania. 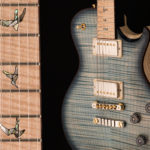 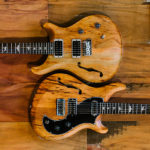 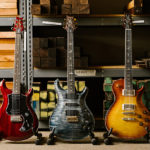 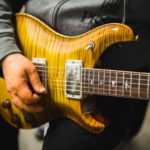 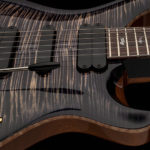 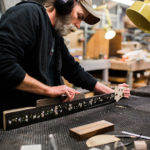 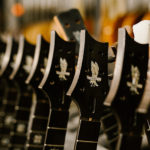 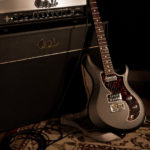