1925 Keilwerth Saxophone founded. Build quality was so good that by the 1930s, they were able to build a new factory  in Graslitz. Despite the worldwide economic crisis, Keilwerth continued to spread. 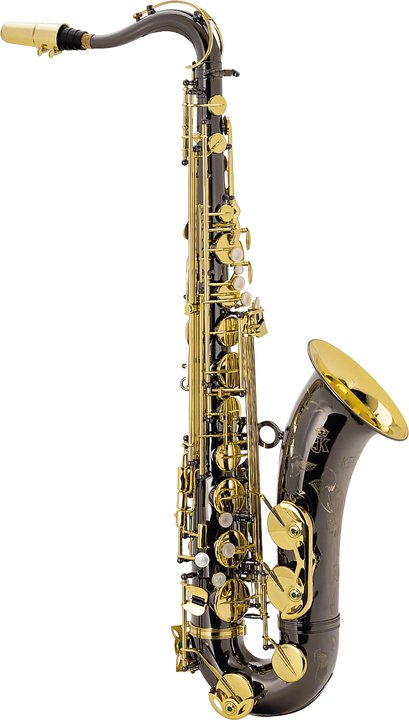 The interweaving of cultures that are the heart of jazz music, apparently the sound that create Keilwerth saxophones. The scope of the expression of warm and soft tones to the highest and piercing notes, all the energy generation of influential musicians coming to the surface.

Although founded and developed by musicians in the concert halls of Europe, Keilwerth saxophone emerged on the World market, late 20th St., mostly thanks to American jazz musicians who have embraced brand because it gave freedom to shape their own sound. Over the years, musicians in all genres of music relied on Keilwerth saxophones and their strong and distinctive sound, durability and consistent performance.

The powerful influence of artists such as Dave Liebman, James Moody, Nick Brignola, Ernie Watts, Kirk Whalum and many others, awakened the world of “Keilwerth sound” that continues to reach out musicians around the world. Julius Keilwerth has always been close to jazz musicians and they were constantly involved in research and development of the brand, which has enhanced and expanded its entire range of the saxophone, from soprano to bass.

1938 Julius Keilwerth factory is the largest producer of saxophone in Germany, employs 150 workers and exports 2024 Saxophone in 22 countries around globe.

1946 Julius Keilwerth moved with his family in Nauheim, Germany. The new Keilwerth company was registered on January 19th, 1947. Two years later, a new workshop and their homes were built. About 80 people, most of the old staff from Graslitz, have been working in the new plant. They made saxophones, trumpets, trombones and repair all wind instruments.

1962. Founder Julius Keilwerth dies at the age of 68 years. The company was taken over by his son Josef who completed his studies at the Music Academy in Graslitz and has mastered the art of making wind instruments in his father’s factory.

1965. The cooperation between Keilwerth factory and Herb Couf. Herb and Josef Keilwerth signed an agreement that lasted until 1987. After which Keilwerth produced saxophones for Herb, specifically designed for the US market. They were known as H. Couf Superb I Superb II and Royalist. In a few years, Keilwerth was recognized among musicians as one of the best saxophone. Its fifty thousandth saxophone was sold in 1965. By 1970, the company began to focus on producing only the saxophone.

1989 Keilwerth becomes division Boosey & Hawkes Group, and employs 40 people. Two sons, Gerhard and Jochen, at that time still working for the company. That year, presented the market SX90R model saxophones which is still considered one of the best saxophone ever produced, and is often called the killer Selmer.

The Department consists of some of the world’s finest saxophonists such as:

2003 Keilwerth became part of The Music Group, along with other significant brands, Buffet Crampon, Besson and Schreiber.

Full range of saxophones from soprano to baritone, developed and made in Nauheim and Markneukirchen in cooperation with leading international jazz artists.

2010 Buffet Group acquired the brand and Keilwerth factory in Markneukirchen. Cooperation between the two companies provides a productive and successful future for the brand in the 21st century.

By connecting the tonal characteristics of the legendary SX90 with physical characteristics that are reminiscent of vintage saxophones, MKX Series provides player the best of both worlds; modern sound with a vintage feeling.

2015 The brand is celebrating its 90th anniversary over the world with best musicians and friends.

Keilwerth saxophones in Croatia you can try and buy at  Euro-Unit music shops, but take great care, because once you try Keilwerth, you will not be able to play on any other saxophone.

In the end, enjoy the footage of Ernie Watts and the jazz orchestra of the HRT